In a self-obsessed, digital world brought on by the influx of social media, it’s no wonder the inevitable was about to happen: People are dating themselves. Ok, so no, not literally, but like, as close as one could get. Let’s take Justin Bieber and Hailey Baldwin. I mean come on, if it wasn’t for her massive hoop earrings, I wouldn’t know which one got arrested for egg throwingand which one is Alec Baldwin’s cousin or whatever.

After countless selfies and posts to perfection, people have become so preoccupied with their own features that it only makes sense they’d want to date a legit mirror. In the era of “Jelena” the selfie was just barely on the rise and Instagram didn’t consume my entire life. Now it’s all about the aesthetic. So, “Jelena” is out and “Jailey” is in, due to ease of coordinating filters, clothes sharing, and being able to basically see yourself outside of your body at all times.

Can we just talk about Dylan Sprouse for a second? (No, not the annoying Riverdale one, the other one). This Zack and Cody star turned underground New York gremlin is now dating BARBARA PALVIN. Yes Barbara f*cking Palvin. Why? Because they are f*cking identical. I’ll let you pause for a minute while you let that sink in. Sorry ’bout it. Also, it’s like, dude you already have a twin brother, did you really need a female triplet? And the answer is yes, yes he did. Aesthetic, aesthetic, aesthetic. They will share the same angles and lighting when posing for the gram and that’s all that really matters, right?

Next up, in our youngest, most random couple of narcissists, we bring to you Noah Cyrus and Lil Xan. Don’t know what that means? Me neither. But according to recent studies (aka me stalking them on IG) Noah is the younger sister of Miley Cyrus and Xan is a small rapper named after a pharmaceutical. Sweet. Besides the fact that his face is tatted up, he and the little Cyrus are practically identical. And I’m sure if it wasn’t for the ICONIC Billy Ray’s extreme house rules, Noah would have her face inked as well. With their chubby cheeks, wide blue eyes, and obvious use of the same barber, I am genuinely curious if Xanny boy f*cked up his face just so we would know he wasn’t actually related to Hannah Montana. 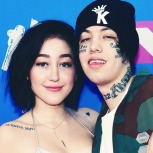 Is there some sort of dating app where you can literally scan your face to show what you’re looking for? “Sexy-Dopplegängers-Mingle.com?” At least you wouldn’t have to read those lame AF bios anymore. I guess I’m here for it. I’ll take my face over “Jake, 24: Work hard, Play hard. Loves a good whiskey sour and Bitcoin” any day. Tragic.

Definitely not another millennial coming to you live with a blog that no one asked for. View all posts by Ali Benz

One thought on “Narcissistic Dating 2k18”